Enochian is a pre-clinical stage biotechnology company that purportedly researches and develops pharmaceutical and biological products for the human treatment of human immunodeficiency virus, hepatitis B virus, influenza and coronavirus infections, and cancer.

Enochian and its top management have credited Serhat Gumrukcu (“Gumrukcu”), Enochian’s co-founder and largest shareholder, as a “genius” and the “inventor” of the technology and science behind the Company’s product pipeline.

Enochian has multiple consulting and licensing agreements with G-Tech Bio, LLC, a California limited liability company (“G-Tech”), and G Health Research Foundation, a not-for-profit entity organized under the laws of California doing business as Seraph Research Institute (“SRI”), both of which are controlled by Gumrukcu.

On May 25, 2022, the U.S. Department of Justice announced that Gumrukcu had been arrested and charged in a murder-for-hire conspiracy.

Then, on June 1, 2022, Hindenburg Research (“Hindenburg”) published a report on Enochian entitled “Miracle Cures and Murder For Hire: How A Spoon-Bending Turkish Magician Built A $600 Million Nasdaq-Listed Scam Based On A Lifetime Of Lies” (the “Hindenburg Report”). The Hindenburg Report noted that the individual in whose murder Gumrukcu was implicated, Gregory Davis, “was murdered . . . just 19 days before Gumrukcu was scheduled to appear in court to defend himself against felony fraud allegations related to a 2016 deal with Davis” and that “[f]ederal prosecutors argued that the prospective merger deal that eventually resulted in Enochian going public served as a key motive for the murder.” The Hindenburg Report also stated that “[u]nbeknownst to investors (but known to Enochian’s senior leadership) Gumrukcu’s latest arrest for a murder conspiracy is simply the most recent in a string of alleged crimes by Gumrukcu,” who “was arrested based on accusations of falsely posing as a doctor” in his native Turkey in 2012 and “[i]n February 2017, Gumrukcu was arrested by authorities after the State of California accused him of a slew of white-collar crimes, including fraud, identity theft, and check kiting – a total of 14 felonies.” The Hindenburg Report further stated that “[w]e have been unable to find any jurisdiction in which Gumrukcu is licensed as a medical doctor” and that “Gumrukcu looks to have purchased a fake Russian medical degree on the black market[.]”

The complaint alleges that, throughout the Class Period, Defendants made materially false and misleading statements regarding the Company’s business, operations, and prospects.  Specifically, Defendants made false and/or misleading statements and/or failed to disclose that: (i) Gumrukcu was not a licensed doctor and had no verifiable degrees beyond high school; (ii) accordingly, the scientific and technological underpinnings of Enochian’s product pipeline, purportedly invented by Gumrukcu, were dubious at best; (iii) accordingly, the Defendants had significantly overstated the commercial prospects for the Company’s product pipeline; (iv) Enochian’s senior leadership knew Gumrukcu had a criminal history that included fraud; (v) accordingly, Enochian’s reliance on Gumrukcu, and its consulting and licensing agreements with G-Tech and SRI, subjected the Company to a heightened risk  of reputational and financial harm, as well as threatened the integrity of the Company’s scientific findings; and (vi) as a result, the Company’s public statements were materially false and misleading at all relevant times.

For more information on the Enochian class action go to: https://bespc.com/cases/ENOB

Fulgent, together with its subsidiaries, provides COVID-19, molecular diagnostic, and genetic testing services to physicians and patients in the United States and internationally. As a result, Fulgent must comply with the federal Anti-Kickback Statute, which prohibits the knowing and willful payment of “remuneration” to induce or reward patient referrals or the generation of business involving any item or service payable by the Federal health care programs, as well as the federal Stark Law, which prohibits a physician from making referrals for certain designated health services, including laboratory services, that are covered by the Medicare program, to an entity with which the physician or an immediate family member has a direct or indirect financial relationship.

On August 4, 2022, Fulgent released its second quarter 2022 financial results, disclosing, among other items, that the US Securities and Exchange Commission (“SEC”) was conducting an investigation into certain of the Company’s reports filed with the SEC from 2018 through the first quarter of 2020. The disclosure followed the Company’s receipt of a civil investigative demand issued by the U.S. Department of Justice “related to its investigation of allegations of medically unnecessary laboratory testing, improper billing for laboratory testing, and remuneration received or provided in violation of the Anti-Kickback Statute and the Stark Law.

The Complaint alleges that, throughout the Class Period, Defendants made materially false and misleading statements regarding the Company’s business, operations, and compliance policies. Specifically, Defendants made false and/or misleading statements and/or failed to disclose that: (i) Fulgent had been conducting medically unnecessary laboratory testing, engaging in improper billing practices in relation to laboratory testing, and providing or receiving remuneration in violation of the Anti-Kickback Statute and Stark Law; (ii) accordingly, Fulgent was likely to become subject to enhanced legal and regulatory scrutiny; (iii) Fulgent’s revenues, to the extent they were derived from the foregoing unlawful conduct, were unsustainable; (iv) the foregoing, once revealed, was likely to subject the Company to significant financial and/or reputational harm; and (v) as a result, the Company’s public statements were materially false and misleading at all relevant times.

For more information on the Fulgent class action go to: https://bespc.com/cases/FLGT 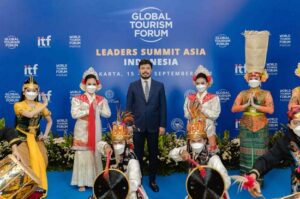